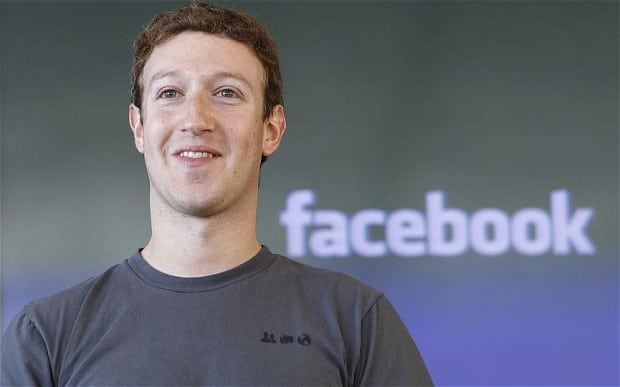 The purpose of this post was to examine the leadership style of Facebook CEO Mark Zuckerberg. Media sources were extracted as resources for uncovering how Mark Zuckerberg’s leadership style has an effect on the company’s success and employee satisfaction. The blog further examines Facebook employees by including interviews with current and former Facebook employees. As a transformational leader, Mark Zuckerberg has learned from his mistakes, takes risks, and has grown his company as a visionary leader. Through determination, self-awareness, and by the help of mentor’s, Mark Zuckerberg has been placed on the top 10 CEOs list and has built the most popular social network in the world.

Transactional leaders focus on maintaining normal workflow of operations. These types of leaders will use disciplinary powers, awards, and an array of incentives to motivate employees to perform their best. These leaders are focused on satisfying quotas on a day-to-day basis. Transformational leaders tend to go beyond the normal day-to-day and focus mainly on creating a solid team of employees by promoting team building. Transformational leaders motivate their employees through setting goals, implementing incentives, and providing opportunities for personal and professional growth (Northouse, 2013). Mark Zuckerberg embodies the characteristics of a transformational leader. He is known as being a motivator who inspires his staff of employees with a clear vision of the company’s future. He further defines the steps necessary to achieve such goals needed. His ideas are disruptive, and his confidence, courage, and vigor makes him a transformational leader that employees relish following (Duggan, 2014).

Mark Zuckerberg was born in 1984, in White Plains, New York. His father was a dentist, his mother was a psychiatrist, and he has three sisters. During his sophomore year at Harvard University, Zuckerberg dropped out of college to focus on a social network that he created called Facebook. The company setup their first offices in 2004, during which Zuckerberg had turned down major offers from corporations interested in buying his project. Zuckerberg later explained that the reason he did not sell his company was that he was not interested in the money, but motivated by his passion to produce an open information flow for people with his social network. With the guidance of Apple Inc.’s founder, Steve Jobs, Zuckerberg put together a management team that focused on building Facebook into a high quality business. Zuckerberg is known to have a goal-oriented mindset and is fully focused on leading his team to produce the best social media platform in the world. Today, Mark Zuckerberg is the youngest billionaire on earth and Chairman/CEO of the world’s most popular website, Facebook (Woolley, 2014).

At its headquarters in MenloPark, California, each Friday Facebook holds a question and answer session for its employees and users. This forum is as open discussion where Zuckerberg is known for sharing his personal thoughts on the company’s direction. Interns at Facebook, typically make $67,000 yearly, which is $25,000 more than the average U.S. citizen. On a yearly basis, the company puts together a birthday bash for its employees where everyone is given a present for their birthday that took place in that year. The café at facebook offers employees gourmet meals within a setting designed by a team that built a four-star hotel in New York. The Facebook work environment also includes an on-site doctor, chiropractor, and physical therapist. It includes vending machines stocked with computer accessories where users can swipe their identification card and get items such as a new computer charger, batter pack, or keyboard. Once a year, Facebook rents a local park and allows their entire office staff to play games such as dodgeball, kickball, and soccer. In the Facebook work environment, employee comfort and happiness is paramount. Facebook believes that if its employees are comfortable and happy, then they will be more productive (Smith, 2013).

According to an employee study done by Glassdoor (2014), Mark Zuckerberg is rated as number 10 on a list of top 50 CEO’s to work for. Glassdoor is a website were employees voluntarily go to post ratings and reviews on their employer’s and companies in which they work for. Based on the question, “Do you approve of the way this person is handling the job of leading this company?” Facebook employees approved of Mark Zuckerberg’s leadership on an average of 93% out of 100%. The results were calculated based on the ratings between the months of February 2013 and January 2014.

The interview process at Facebook is designed to select employees that fit the culture of the company. Once hired, the employees must learn fast and complete intensive training courses on coding, and hacking. Employees, are not assigned projects, but are allowed to choose the projects in which they are most interested. This method of leadership gives the employees power, courage, and freedom to choose their action of success. Zuckerberg believes that great people who work with clear direction can produce positive results. He believes that employees should be hired based on their passion and not their skillset. He explains that, “skills can be taught, passion can’t,” (Walter, ).

According to Yishan Wong, a former employee at Facebook, as a boss, Zuckerberg began as being cutthroat, and sometimes awkward. His leadership style eventually matured through the five years while Wong was employed with the company between 2005 and 2010. Wong explained that Zuckerberg expected debate, wasn’t sentimental, and he pushed people beyond what they thought was possible of themselves. Wong further explained that in working for Facebook, you must be self-motivated, confident, emotionally secure, and willing to accept the challenges (Carlson, 2012).

Zuckerberg’s transformational leadership style continues to move Facebook to a promising future. He has flourished as a leader and he understands and motivates continued growth within his company (Namin-Hedayati, 2014). Mark Zuckerberg is known as an entrepreneur, programmer, and philanthropist. His transformational leadership style can be described as aggressive, demanding, innovative, and encouraging. As a leader who appreciates friendly debates, he grants his employees opportunities to offer product improvements and suggestions for Facebook (AdviseAmerica, 2014). Zuckerberg understands and admits that he has made many mistakes within his company, but as a transformational leader, he strives to turn those mistakes into growth opportunities (Rasing, 2011).

Carlson, N. (2012, January 25). Confessions of a Facebook employee: What It’s Really Like Working For Zuckerberg. Retrieved November 7, 2014, from http://www.businessinsider.com/confessions-of-a-facebook-employee-what-its-really-like-working-for-zuckerberg-2012-1

Dr. Elijah Clark
Elijah is a business and growth advisor. He writes about business, marketing, sales, development, branding, technology, and how to develop effective business strategies.