Some businesses have websites but don’t have a properly built website that is optimized for mobile devices. Even if you do have a mobile website, customers may complain that the website doesn’t look as good or that the website’s performance on mobile devices is sluggish. When you’re building your mobile website keep in mind that it’s on a phone, or device smaller than a computer monitor, meaning your buttons need to be bigger, some content needs to be moved, and some content needs to be removed or blocked from being seen on the mobile version of the website. A mobile website should be a watered-down version of your main website and should include only key selling points and a call to action. Keep in mind that most mobile users aren’t on your website to view your special graphics or large photo gallery. If your site is not built or optimized specifically for mobile users, your bounce rate will skyrocket and you’ll lose a potential customer over a fixable problem.

The Internet and Marketing

With the internet changing and advancing to web 2.0 technologies, your business has the opportunity to be marketed on broad online networks including social media platforms such as Facebook, Twitter, Instagram, and LinkedIn. To create success within the web 2.0 market, you need to join online social environments and create brand awareness in a positive way. With thousands of social networking sites, blogs, and forums across the internet, you have a great opportunity to build your brand. With the development of new website techniques and the growth of online networking, the internet has become the largest marketing tool to build and grow businesses. You can create success with the internet through a combination of online marketing, customer referrals, and through satisfied customers promoting your brand online through social media.

Internet marketing gives your business the advantage of appealing to customers in a medium that has the power to deliver results instantly. Internet marketing is the key to having your website found by customers. Without marketing, your website may randomly be found once everyone couple of days or months, but it will not generate high revenue. You need to create as much exposure as possible to gain more customers. Just like a great job resume, it’s no good if you don’t send it out to employers. The same goes for creating a great website and not marketing it. If you can’t be found, you will not gain new customers. Internet marketing is relatively inexpensive, and your business can reach a wide audience at a fraction of the cost of traditional advertising budgets.

Visions should be well communicated by leaders and are more likely to be consensually shared by leaders and followers when social exchange and agreement occurs (Mayfield, Mayfield, & Sharbrough, 2015). It is not enough for a leader to simply have a vision, they must also know how to bring the vision into fruition (Ilies, Judge, & Wagner, 2006; Mayfield, Mayfield, & Sharbrough, 2015). It is the leaders responsibility to provide followers with a road map to achieve goals that will fulfill visions. This can be done by motivation and creating challenging goals (Ilies, Judge, & Wagner, 2006).

If you’re unsure if you website is good enough for your business, you need to ask yourself; does my website compete with my competitors and does it target my users. If you don’t have your website built by a designer who understands your industry, then the answer is likely to be, “no.” You need to keep in mind when building your website that it needs to represent you and your business. If it looks cheap, then so does your business. If you try to cut corners, your customers will know. It’s better to have no website at all then to have a website that looks terribly built and represents you in a negative way. 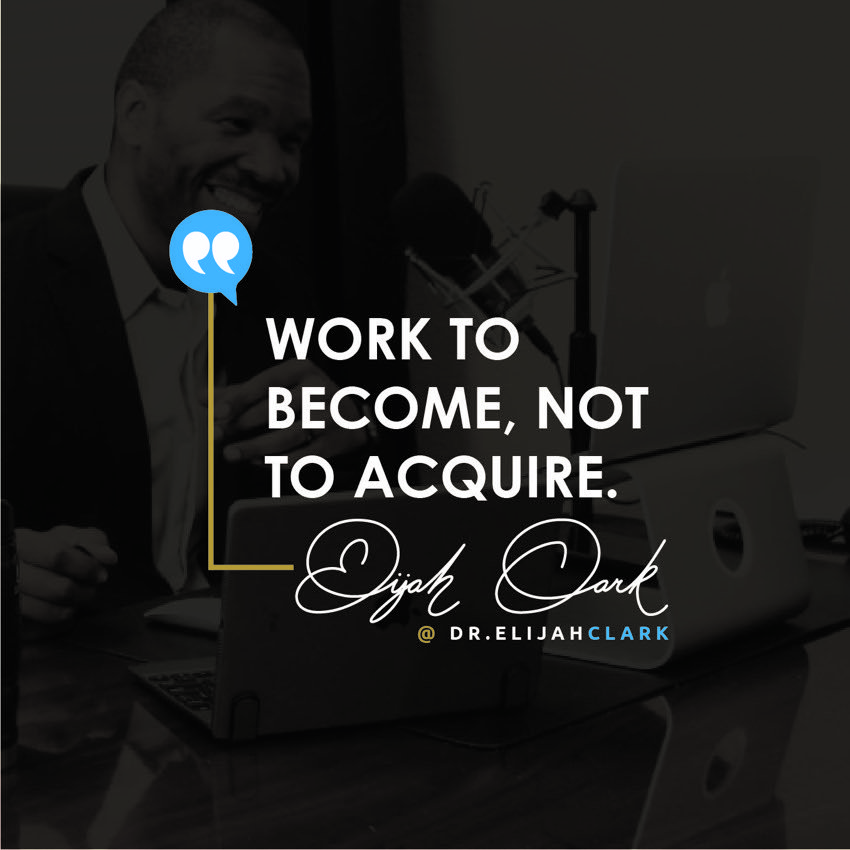 A marketing plan broadly outlines three things: how to differentiate your business from its competitors; how to communicate that difference; and how to target the message to the right audience. The point of a marketing plan is to generate qualified leads.

When implementing a marketing strategy: 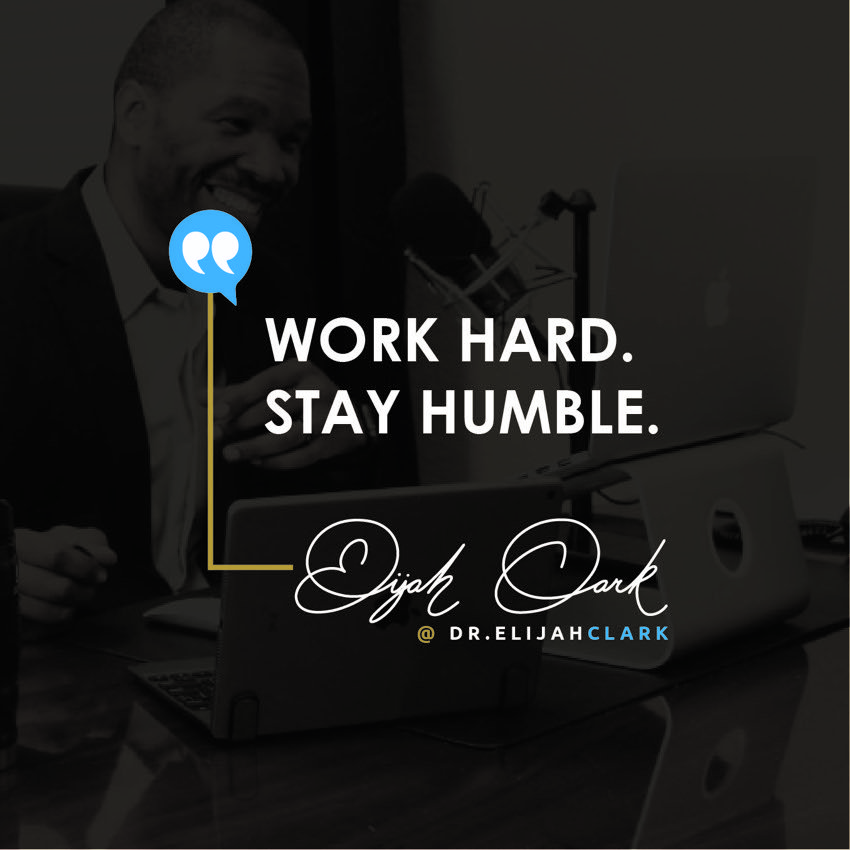 Making a Business Case
It is important to calculate the profit estimate when taking on new projects. Determining the net present value (NPV) of a project helps determine if a project should be accepted or rejected. The NPV is an important method to use in concluding the value of projects. The NPV formula determines the value of an investment based on its discounted cash flow. The NPV is calculated by subtracting the project cost from the present value (PV). The NPV capital budgeting rule suggest that projects with a positive NPV should be accepted and projects with a negative NPV should be rejected. According to the NPV capital budgeting rule, the firm could benefit from approving this project because of its positive NPV. Based on the positive NPV, this project can be assumed a valuable investment.

Project Risk
If there is concern regarding risk associated with the project, the firm could optionally use a cut-off threshold. A cut-off threshold prevents project budgets from going into the negative by using cut-off numbers that determine when and if a project should be shut down and abandoned. A project should be abandoned if the value is too low and the expected revenues do not justify further project investment. In addition, putting the project together in stages and with budgets for each stage can reduce risk. Upon each stage completion, the firm would invest into the next stage. Consequently, the financial risk would be minimized.

Decision Justification
Considering the NPV for this project is positive, it will likely generate positive cash flow and would not do any harm to the firms’ status quo. Having a positive NPV suggests the project will generate value for the shareholders’ wealth. If the NPV value is accurate and the project is successful, it could potentially have positive effects on the firms’ equity value.

In addition to the benefits, there are considerable risks and disadvantages of using NPVs. Considering NPVs are based on only assumptions, it does leave room for error. A small company could have a difficult time providing reliable estimates based on the NPV data. Minor changes in the interest rate could affect the projects discount rate, which could drastically affect the projects NPV. A concern of the NPV is its requirement to make calculated projections. In most scenarios, the formula will not be 100% reliable. Before deciding based solely on the NPV, a discounted cash flow analysis should first be analyzed. Although the NPV formula does present a feasible projection of cash flow, it does not present the projects actual return. Because of the difficulty of determining an exact valuation, there could be unforeseen cost, which could incur a negative cash flow rather than a positive one.

Something else to take into consideration when investing into a project is the IRR. Both NPV and IRR are tools used to evaluate potential project investments by measuring capital budgeting, which is the process used to determine significant business investments. While NPV examines cash flow value based on the discounted rate, the IRR defines the rate of return for a project based on the stream of cash flow. IRR is the discounted rate that converts the present value to zero by making the current value of cash flows equal to the present value of cash outflows. Disadvantages of using IRR is that it is not ideal for long-term projects considering the calculation does not evaluate discount rates. Another limitation of using the IRR is that the method does not consider the initial investment amount. This can present a problem when comparing two alternative investments based solely on the IRR. Businesses can use both NPV and IRR to assist with making investment decisions. However, there is no 100% method to use, which will guarantee a positive return on investment. When making an investment decision, the investor should take into account the IRR, NPV, and other investment indicators including risk, and alternative options.

Authentic leadership theorist proposed that trust, behavior, and emotions are what exert authentic leaders’ influence on their followers. The formula that creates an authentic leader includes: early challenges, relationship influences, education, crises, and life experiences (Avolio, Walumbwa, & Weber, 2009). Authentic leadership theory is gaining increased attention in the scholarly communities (Klenke, 2007). An authentic leader is suggested to be developed based on their life’s story over time and through introspection. An authentic leader can help followers find meaning and self-awareness. Trasformational leadership can be accomplished by building optimism, confidence, and fostering positive ethical environments (Avolio, & Gardner, 2005). Theorist Bill George suggested that corporations select leaders based on their character and not charisma. He argued that leaders’ values and motivational abilities needed to be genuine in order to restore public trust. Authentic leaders influence followers from a moral perspective. This type of influence is said to energize followers by creating meaning and constructing positive reality. There are four elements of self-awareness in an authentic leader: values, cognitions regarding identity, emotions, and motives/goals. Authentic leadership constructs the importance of leaders’ inner life instead of focusing on leadership as having or doing. It assumes that the inner imaginations and spiritual identity are what guide and motivate the leaders’ behavior (Klenke, 2007).

Growing evidence suggest that an authentic leader approach is effective for organizations. This type of leadership is desirable and considered to achieve positive outcomes. The term authenticity is described as  “owning one’s personal experiences.” If individuals know themselves, they will display higher levels of stability. Persons who are not authentic are believed to be fragile, biased, and will have lowered self-esteem. Authentic behavior will reflect consistency based on the leaders’ values, beliefs, and actions (Walumbwa, Avolio, Gardner, Wernsing, & Peterson, 2008). Authentic leaders are considered expressive of their authentic self and known to foster high-quality relationships while projecting their values and visions onto followers (Klenke, 2007; Northouse, 2013, p. 259; Walumbwa, Avolio, Gardner, Wernsing, & Peterson, 2008). The theory of authentic leadership is a result of writings on transformational leadership, which suggest that not all transformational leaders are genuine (Avolio, Walumbwa, & Weber, 2009). Authentic leadership is considered a transparent and ethical leader that is open to accept followers’ input (Avolio, Walumbwa, & Weber, 2009; Avolio, & Gardner, 2005).

Have you tried marketing research?

It is difficult to be both a specialist in your profession and an expert in understanding customers and potential customers. In developing marketing strategies and enhancing knowledge, it is essential to conduct market research to better comprehend your customers and their needs.

The subject of marketing research knowledge has significantly increased in response to growth in disruptive innovation including the internet and technology development. Marketing requires time and dedication to research your customers considering they do not always think, act, believe, or have the same priorities or values as you.

The keys to understanding how to grow your business are in researching your industry and target audience. Once you have researched your customers and developed a targeted strategy to grow sales, your business will flourish with little effort. As market research grows in popularity, your business should persistently react to the market demands and innovations.